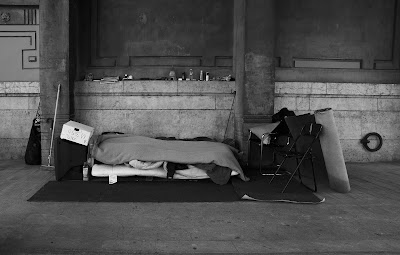 He shuffled his feet, the heels of a worn pair of Brogans scattering tiny pebbles of asphalt toward the curb where they lay amongst the remains of a half-dozen cigarettes; a crushed beer can, the tab pointed outward; a woman’s earring, pearlescent, out-of-place; and a used condom. He’d known such pleasures once, young, ripe flesh eager for his touch, and him, thinking of nothing but the hum in his head, the sting in his loins. Of soft, warm, moist places, hidden by lacy underthings and how very sweet they’d be on the tip of his tongue.

That was long ago, eons it felt like. Before the war. Before years of smoke and blood, of the entrails of good men spilled out on abandoned ground. Before starvation, his stomach consuming itself. Before the accusing faces of family members who’d thought he could live again, smile again, pretend that all those vacant eyes weren’t continually staring upward, pupils glazed, mouths agape, empty, vacuous lungs bereft of the very oxygen that forced him to sleep again, wake again, pretend his soul wasn’t as abandoned as the dead they’d left behind.

One foot on the curb, he hauled himself upward, shoving a scarred hand into the pocket of someone’s leftover coat, and his forefinger pushed through a hole to a place in the lining, his nail catching on loose threads shifting in the wind of his movements.

Much like the remnants of his mind. Random images continually flashing at odd moments when he least expected. Images he’d tried to rid himself of but couldn’t, and they’d forced him – forced him – to flee, to run as far as he could as long as he could and survive in a world with no roof, no walls, no bed, in the hopes he could shake himself free. But instead, they grew to a disproportionate size, one overlapping the next until he couldn’t tell them apart. They were a mishmash, a cacophony, bang and thump and snap and squeal, cries of pain melted into gunfire, orders shouted from exhausted lips, and somewhere behind them the sob of a child that’d lost his mother.

A child in a land far away, alone in a world not of his making, a world that he carried in his heart, every step, every press of the pad of his foot, every curl of his toe, every split and cracked nail digging into the tip of his shoes. Because he’d put her there. He’d raised his gun. He’d pulled the trigger. He’d saved many and killed one, and in the process, taken from himself any future he’d planned. He’d cast aside the tender places of the girl of his youth, the arch and curve and contours he’d craved, giving her memory second seat to the one that now destroyed him.

Her hair lost to the tangled matter in his mind. Her lips to endless desert sand. The light in her eye that used to reflect the sun, now held only sorrow and death. She was gone. He was gone. Yet in all that, he lived.

And his footsteps ceased.

Popular posts from this blog 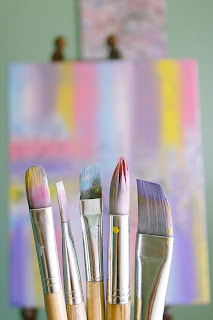 I will surround myself with beautiful things, paint every moment pastel.
I will choose to see the sunlight, to rest in the shadows, and always lean into the wind.
I will hold hands with hope and laughter. I will dance in the rain, believing tomorrow is greater than today.

My Place: An Ode To The Healthy Introvert 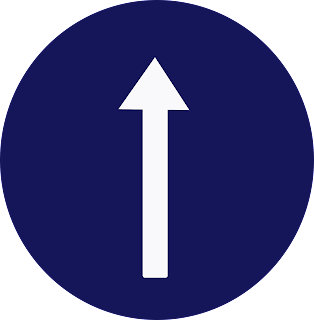 I find my happiness in the mundane, in the same-old, same-old. I see my life as a straight line, devoid of dips and valleys, but also heights or mountain tops. I don't want to fall or fly. I define boring.

I'm organization, keep-to-the-schedule. Never early. Never late. I am dependable, faithful. The gears that keep progress turning. While some soar or climb, taking a circuitous, scenic route. I am the highway that enables them to get there. Usually misunderstood but satisfied with my existence in the box I have made my home.

I like these walls. Don’t feel sorry for me. Don’t have regret. Don’t shake your head and say, “If only she got out more.” Don’t worry over me or have any deep concerns. I am not unhappy in this space. Nor unsettled. Nor unsatisfied. I’m not gazing out the windows, longing for something that hasn’t been. For someplace I cannot go.

I have found my place.


I don’t need to dress up to enter or have to act a certain way while I’m inside. This is me. I lack o…
Read more